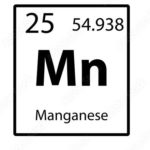 Manganese is naturally occurring element, which is commonly found in lake, river and groundwater sources. We have previously discussed issues with elevated levels of manganese in water namely operational difficulties with meeting standards outlined in S.I. No. 122 of 2014 EU Drinking Water Regulations 2014. This post discusses the removal of manganese from raw surface water sources via the use of Ozone & Biological Granular Activated Carbon (GAC).

Coftec, along with parent Coffey, has studied the effects of raw water manganese on treatment plants over the past number of years. These studies have taken place at operational water treatment plants that suffer from seasonal spikes in manganese. Difficulties arise for operations teams where the nature of the manganese can require different treatment processes and when one treatment seems to remove manganese, it can suddenly become less effective and result in manganese exceedances in treated water. 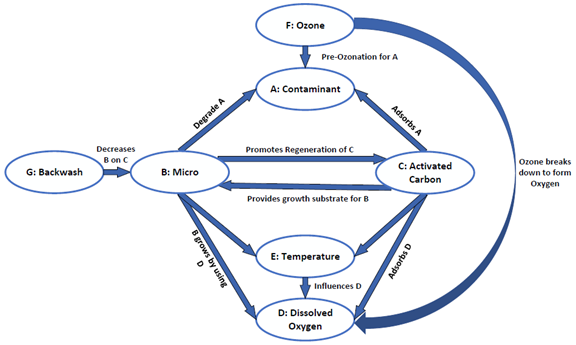 By introducing the principle of Ozone & Biological GAC, certainty can be increased of the effectiveness of manganese oxidisation. Inorganic soluble manganese is easily oxidised by Ozone. Ozone will also break down long-chained organically bound manganese molecules to short-chained molecules, which are used as a food source for microbiological growth in the biological GAC. By installing Ozone upfront of GAC, higher levels of DO is experienced in the water, thus aiding biological growth.

Coftec recognises the difficulties associated with manganese in raw water sources and has experience in designing and installing appropriate treatment stages for its removal for the water industry. Contact us if you would like to discuss how we can help with your manganese issue or more information on the solutions we can offer for addressing a wide range of water and wastewater treatment issues.